Staring up at The Tabernacle

I think something that gets overlooked in newer buildings are the ceilings. You don’t see much cool art and design up above in newer venues and buildings. The Tabernacle in Downtown Atlanta has some pretty cool things going on up above though.

The Tabernacle started out as a Baptist church, way back in 1911. It was re-purposed as a House of Blues during the 1996 Olympic games and has been one of Atlanta’s coolest concert venues since 1998.  I actually can’t think of a cooler place to see a show in Atlanta, unless maybe you’re attending a grungy indie show at the Masquerade. 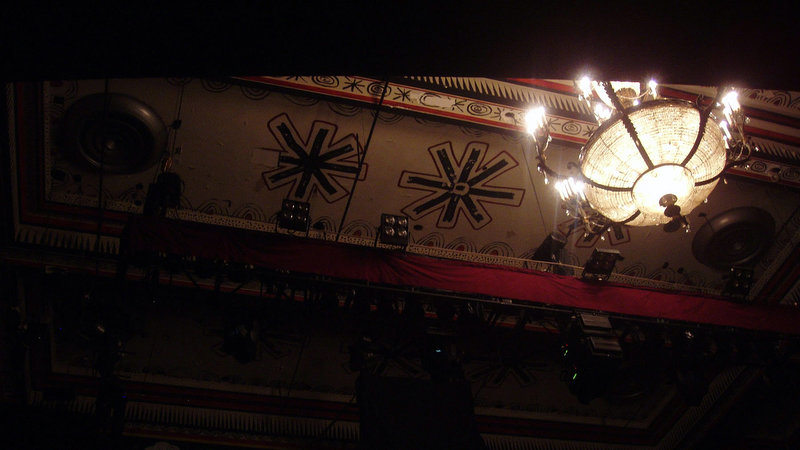 The Ceiling @ The Tabernacle in Atlanta